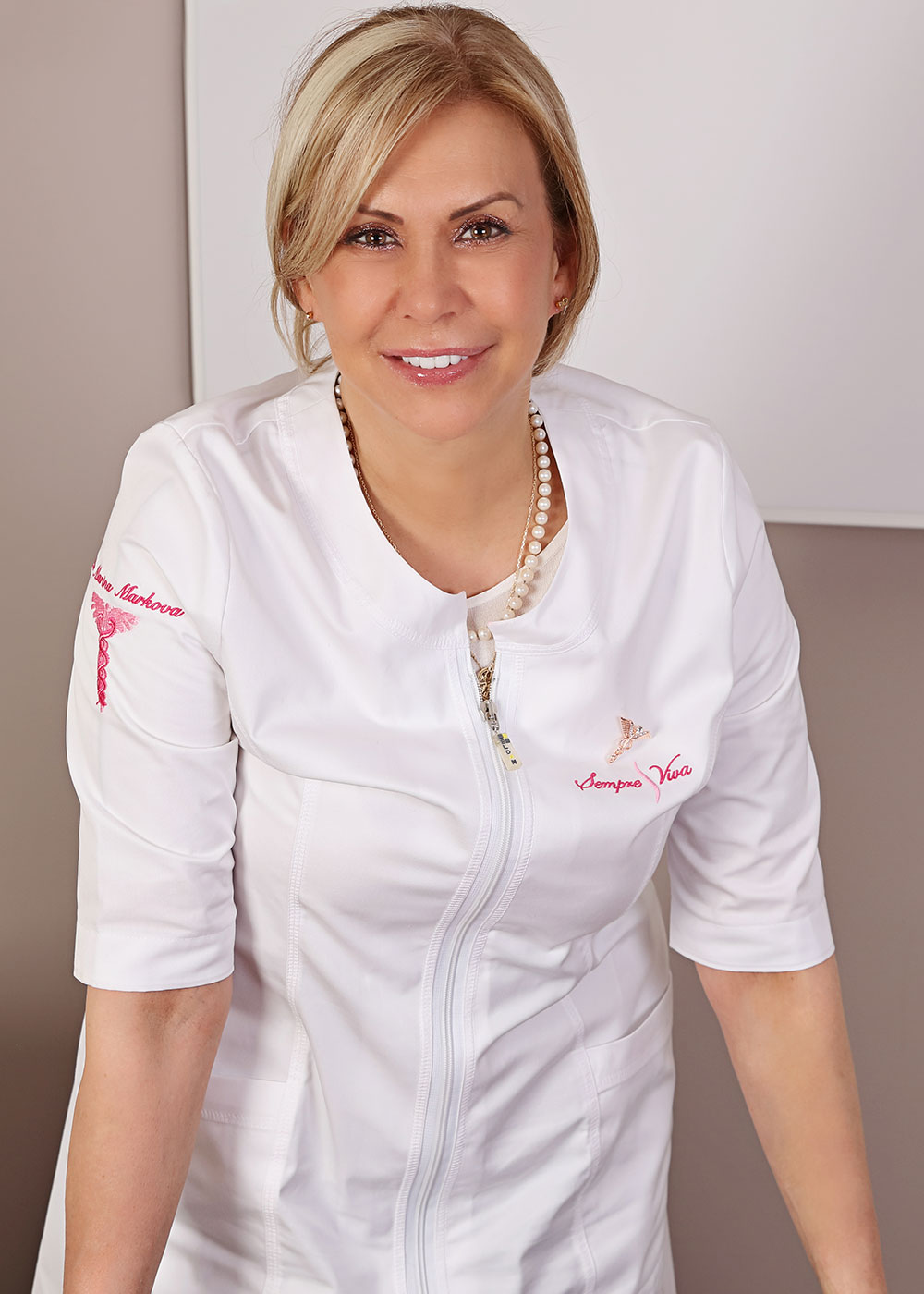 Spec. for chiropractics and acupressure

Dr Marina Markova finished medical school in St. Petersburg, Russia. Upon completing her second college of traditional Chinese medicine, she was given the title specialist in chiropractics and acupressure. After completing her studies, she was invited by doctors in Serbia/Yugoslavia to start working in Belgrade. After successfully working in Belgrade, she was invited to work in Germany/Munich and Switzerland/St. Gallen, where she worked at their clinics for a couple of years. In 2004, Dr Marina Markova starts her own company with a team of professional doctors and physiotherapists. In 2009 she opens a Sempre Viva Centre branch office in hotel Splendid, Bečići, Montenegro.

In order to preserve your health, it is important you start caring about yourself on time

"I have been committed to the field of medicine, orthopedic and chiropractics for over 25 years now. My experience in the field of chiropractics, the professional experience of my associate as well as using the latest and most modern methods, allows us to help you to stay healthy and beautiful."
Schedule an appointment

Keep up-to-date with trends related to your health.

Degenerative joint disease, most common in the lumbar and cervical part. Chronic